Common assault pursuant to section 61 of the Crimes Act 1900

Common assault pursuant to section 61 of the Crimes Act 1900

Our client was charged with common assault after an incident involving his partner. It was alleged that following a heated verbal argument between the pair, the victim assaulted our client with a lamp resulting in a laceration on his arm. He retaliated by putting his hand around her throat. The victim was not charged by police.

Following lengthy negotiations with the prosecution, the facts were amended to reflect the significant provocation on behalf of the victim and the fleeting nature of the offending which lasted for only one or two seconds. Our client pleaded guilty. 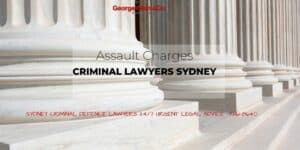 Substantial subjective material was obtained to assist the court in sentencing our client. That included character references from lifelong friends and a letter from his psychologist confirming that he attended on her immediately following the incident to address his anger-management and alcohol problems. It was submitted by Bianca that he is a person of very good character and excellent prospects of rehabilitation who made a mistake in the heat of the moment.

The magistrate agreed and accepted that our client was significantly provoked by the complainant and that the offending was very short-lived. It was accepted that he is otherwise a law-abiding citizen and is unlikely to find himself in trouble with police again. Section 4A of the Crimes (Sentencing Procedure) Act 1999 requires the court to impose a sentence of full-time custody or a supervised community-based order unless a different sentencing option is more appropriate. Given the extenuating circumstances, our client was sentenced to a Conditional Release Order without conviction pursuant to section 9(1)(b) of the Crimes (Sentencing Procedure) Act 1999.