Our client was charged with six counts of “Sexual intercourse with a child under the age of 10” pursuant to section 66A of the Crimes Act 1900 which carries a maximum penalty of life imprisonment in addition to two counts of “Sexual intercourse with a child between the ages of 10 and 14” pursuant to section 66C of the Crimes Act 1900 where a person is liable to imprisonment for 16 years.

These charges were in respect to historical sexual assault offences which were said to have occurred more than 10 years prior. The complainant in the matter was a child who at the time of the trial was aged 20. The complainant was the biological daughter of our clients ex-partner from a previous relationship. It was alleged by the Crown that our client entered the complainants room when she was between the ages of 6 and 14 when she was asleep on five occasions and removed her pyjama pants and underpants before sexually assaulting her. 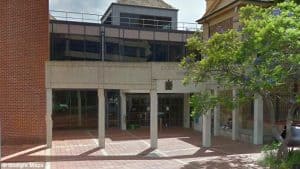 At trial, Counsel argued that the offences never occured and that the allegations were falsified as a result of the child retaliating against our client for leaving both her and her mother. Our client played a significant role in the complainants life at the time where he was her father figure.

Given the nature of historical offences, forensic evidence was not available. Hence, in discrediting the allegations by the complainant, Counsel had to extensively cross-examine the complainant and make clear the inconsistencies in both her statement and record of interview.

The trial ran for a total of 7 days where the jury returned with a verdict of not guilty for all eight counts.

If you have been charged with Historical Sex Offences contact our Criminal Lawyers in Sydney George Sten & Co, your matter will be dealt with by highly competent sex offence lawyers. “Complex Matters Deserve Expert Defence.” 02 9261 8640