Possess a marketable quantity of border-controlled drug being 724.83 grams of methamphetamine.

Suspended sentence for a term of 2 years and 2 months

Our client is a French national who came to Australia on a working holiday visa. A friend asked her to pick up a parcel from a local post office in Sydney. When she gave her own identification document and the signed authority to pick up the parcel the police were waiting at the post office and arrested her on the spot for attempting to possess a marketable quantity of border-controlled drug being 724.83 grams of methamphetamine.

After her arrest and upon further investigation by the police a second charge was laid on our client being attempting to possess a marketable quantity of a border-controlled drug being 39.67 grams of cocaine. Each charge can carry a sentence of up to 20 years in jail.

Our client was bail refused in the local court and spent 8 weeks in jail until we applied and successfully obtained our client’s release in the Supreme Court under very strict bail conditions.

After negotiations with the Commonwealth Prosecutors and providing our clients mitigating circumstances and the eight weeks already spent whilst bail refused, we were able to have one of the two charges dropped.

After these successful negotiations our client entered a guilty plea to only one charge and received a suspended sentence of 2 years and 3 months. This means our client received a criminal conviction no further time in jail.

Review from our client below:

On 17 August 2020 I was arrested at a post office in Sydney for attempting to possess a marketable quantity of border-controlled drug being methamphetamine.
After having only arrived in Australia on a working holiday visa on 28 December 2019 I was alone, abandoned by my supposed friends and in a foreign country with English being my second language. My family contacted George Sten lawyers (Cassie) who was happy to represent me.
After 8 weeks in jail I was released on bail.
In this time my lawyer Cassie and Barrister Jennifer Layani- Ellis were in constant contact with me and took the time to understand my situation.
I learnt and realised very quickly my charges carry a long sentence and I could have been looking at many years in an Australian jail. My lawyer and Barrister provided me with some very good advice and negotiated with the Commonwealth Prosecutors to one of my two charges being dropped.
I pled guilty to one of my charges.
Cassie and Jennifer had the Judge take into account all my circumstances of how I ended up in the mess I was in and with the eight weeks in jail I was given a suspended sentence of 2 years and 3 months.
Today I am living with my new partner and have a fantastic job which I love. Cassie is a caring Solicitor who is passionate about her job and making sure her clients needs are taken care of for a fantastic result against all odds.
Thank you Cassie 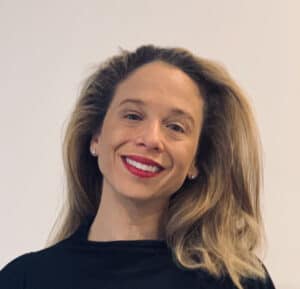