Australian border patrol governs what comes in and leaves the country. This includes illegal pornography both on import and export, which is taken to mean publications and media concerning content with child pornography, bestiality and explicit sexualised violence.

In late 2009, Australian customs officers were given new powers to search incoming passengers’ laptops and mobile devices for pornographic material.

This was also included as a declaration on the Incoming Passenger Cards in acknowledgement that customs officials may discover material, whether private or downloaded, that is personal or sensitive.

A revision of these rules in 2010 saw this changed to only concern illegal pornography, watering down the previous rule, and adjusted on the Incoming Passenger Cards. 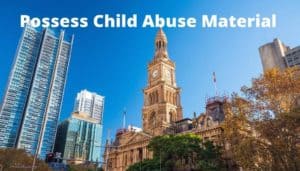 According to Australian Customs and Border Control, current procedure requires that illegal pornography is declared with other restricted items, such as firearms, weapons and performance enhancing drugs. This must be done on both arrival and departure.

The Department of Immigration and Border Protection lists the following examples of pornography and other objectionable material: ‘computer games, computer generated images, films, interactive games and publications that describe, depict, express or otherwise deal with matters of sex, drug misuse or addition, crime cruelty, violence, terrorist acts or revolting or abhorrent phenomena in such a way that they offend the standards of morality, decency and propriety generally accepted by reasonable adults’.

Supplementary to this is (1A(b)) of Reg 4A of the Customs (Prohibited Imports) Regulations 1956 (Cth), which refers to the publication or any other goods that ‘describe or depict in a way that is likely to cause offence to a reasonable adult, a person who is, or who appears to be, a child under 18 (whether the person is engaged in sexual activity or not).

Child pornography offences are regulated by the Criminal Code 1995 (Cth), which covers offences both inside and external to Australia.

This is important to note if travelling, as an Australian citizen who commits child pornography offences while abroad is still susceptible to being charged with an offence under Australian law, despite being physically outside Australian jurisdiction.

Division 273.2 of the Criminal Code 1995 (Cth) defines who can be prosecuted for an offence outside Australia. It states that ‘a person must not be charged with an offence against this Division that the person allegedly committed outside Australia unless, at the time of the offence, the person was: (a) an Australian citizen; or (b) a resident of Australia; or (c) a body corporate incorporated by or under a law of the Commonwealth or of a State or Territory; or (d) any other body corporate that carries on its activities principally in Australia’.

The Criminal Code 1995 (Cth) contains a further breakdown of charges pertaining to child pornography and child abuse material depending on the circumstances of the offence. This includes the role that the accused person played in the process (such as distribution, access or publication) in the varying circumstances identified. It is important to note the double jeopardy rule which is stated in regards to each charge in the Criminal Code 1995 (Cth), which concerns the principle that an offender is not punished repeatedly for the same offence.

If you have been charged with importing, exporting or possessing illegal child pornographic material while going through customs or border patrol, it is imperative that you seek immediate professional legal advice. These are serious charges, which may impact on future employment prospects and concern a substantial imprisonment period. By consulting an experienced Child Pornography Criminal Defence Lawyer, you are protecting your reputation and future. Our Sydney Criminal Lawyers are available 24 hours a day for urgent legal advice. 02 9261 8640