Division 10 of the Crimes Act 1900 (NSW) contains a thorough itemisation of crimes pertaining to sexual offences, with ss61H – 80G detailing concepts ranging from the meaning of consent and aggravation to issues of sexual servitude and bestiality. However, in order to grasp an understanding of this area of law, it is necessary to be familiar with its structure and application.

Sexual intercourse is defined in s61H(1)(a) of the Act as the ‘sexual connection occasioned by the penetration to any extent of the genitalia (including a surgically constructed vagina) of a female person or the anus of any person by (i) any part of the body of another person, or (ii) any object manipulated by another person’; excluding situations for a proper medical purpose. The ‘introduction of any part of the penis of a person into the mouth of another person’ (s61H(1)(b)) and cunnilingus (s61H(1)(c)) are also to be classified as instances of sexual intercourse for the purpose of this Act. It is important to note that the term ‘penetration’ is not limited to ejaculation or complete insertion, but only the slightest penetration is necessary for sexual intercourse to have occurred (see R v Papadimitropoulos (1957) 98 CLR 249; [1958] ALR 21).

This definition is indicative of the advancement from views of sexual intercourse as strictly limited to the penetration of the vagina by the penis (see Holland v R (1993) 67 ALJR 946), as previously the insertion of other objects into the vagina or forcible acts of oral intercourse were likely to fall under the category of indecent assault or assault occasioning actual bodily harm. The reform of this area of law, and refinement from the original charge of ‘rape’ to the broader term ‘sexual assault’ in New South Wales has resulted in the extensive sexual offences listed in the Act, and a classification system that arguably provides more proportionate legal relief. 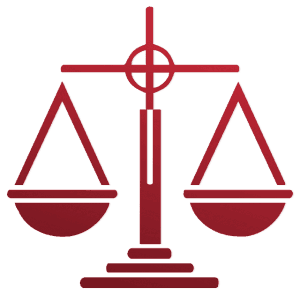 It is important to note that consent to sexual intercourse can be negated depending on the circumstances of the act. Some examples include a lack of capacity to consent because of age or cognitive incapacity (s61HA(4)(a)), a lack of ‘opportunity to consent because the person is unconscious or asleep’ (s61HA(4)(b)), consent due to threats of force or terror (s61HA(4)(c)) or unlawful detainment (s61HA(4)(d)). Similarly, ‘a mistaken belief as to the identity of the other person’ (s61HA(5)(a)), marriage status (ss61HA(5)(b)), or health or hygiene benefits of sexual intercourse (s61HA(5)(c)) negates consent. Breaches of authority or trust situations (s61HA(6)(c)) or coercive conduct (s61HA(6)(b)) are also grounds for establishing that a person does not consent. Significantly, physical resistance is not the only marker of non-consent (s61HA(7); see R v Wilkes and Briant [1965] VR 475), and as outlined above, all of the circumstances of the individual case will be taken into account.

‘Circumstances of aggravation’ include the actual or threat to inflict actual bodily harm on the victim or another person present or nearby at the time of the offence or immediately before or after (s61J(1)(a) and (b); see also s61K); the offender being in the company of other people (s61J(2)(c); see also s61JA); the victim being under the age of 16 years (s61J(2)(d)); the existence of an authoritative relationship between the victim and the offender (s61J(2)(e)); the victim suffering from a serious physical disability or cognitive impairment (s61J(2)(f) and (g)); and the deprivation of liberty before or after the offence (s61J(2)(i)).

A similar topic for discussion is indecent assault, which is located in s61L of the Act. While this differs from sexual assault in the severity of sentence and extent of contact, indecent assault is an offence that concerns similar unwanted contact. The Act states: ‘any person who assaults another person and, at the time of, or immediately before or after, the assault, commits an act of indecency on or in the presence of the other person, is liable to imprisonment for 5 years’. Examples of this include unwanted touching or kissing (see R v Leeson (1968) 52 Cr App R 185). The offence of aggravated indecent assault is found in s61M and concerns the presence of circumstances of aggravation similar to those outlined above (see s61M(3)). Sentences for this offence range from 7 years imprisonment (s61M(1)) to 10 years in circumstances where the victim is under the age of 16 (s61M(2)). Acts of indecency are identified as those that go against community standards, such as exposing your genitals in the presence of a child or simulating sexual acts on another person. The penalty imposed for an act of indecency depends on the age of the person to whom the act of indecency was directed – if they are under the age of 16 years, the offender is susceptible to a 2 year imprisonment period; however if they are over the age of 16 years, the offender is susceptible to an 18-month sentence.

If you have been charged or suspect that you may be charged with an offence, it is crucial that you seek professional legal advice. Contact our Sexual Assault Lawyers Sydney for the best Sexual Offence Defence Lawyers. Your freedom and reputation deserve to be protected by our leading industry professionals. 02 9261 8640