Case Background
Our client was charged with supplying a prohibited drug on an ongoing basis (which carries a maximum penalty of imprisonment for 20 years) and participating in a criminal group (which carries a maximum penalty of imprisonment for 5 years). It was alleged that he and his associates were involved in a large-scale drug supply operation in a regional town of New South Wales.
The prosecution case was predominantly based on listening devices in the co-accused’s home and police surveillance.
Following lengthy negotiations, the Office of the Director of Public Prosecutions agreed to withdraw the charge of ongoing supply. Our client entered a plea of guilty to the charge of participate in a criminal group and the facts were amended considerably.

Result
Character references and medical reports were relied upon at the sentence hearing to demonstrate our client’s poor physical and mental health, his history of significant substance abuse and the steps he has taken to rehabilitate himself. It was submitted that he is a person who has good prospects of rehabilitation and is unlikely to reoffend notwithstanding his past discrepancies.

The magistrate agreed and accepted that his offending was committed for the sole purpose of feeding his prior drug habit. Despite his lengthy criminal history and having served prior terms of full-time custody for offences of a similar nature, he was sentenced to an Intensive Correction Order pursuant to s7 of the Crimes (Sentencing Procedure) Act 1999, allowing him to continue his rehabilitation in the community.

Review from our client

I have recently been represented by George Sten & Co and found their services to be first class to say the least! I found the advice and representation provided by Bianca Barnes to be both comprehensive and fearless! If your facing criminal charges you need look no further than George Sten & Co for the absolute best defence! 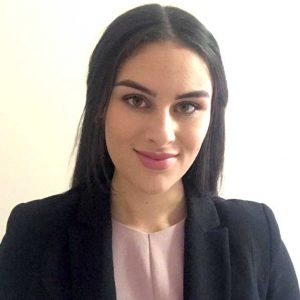