–       To promote re-integration of drug dependant people into the community

–       To reduce the need for such drug dependant people to resort to criminal activity to support drug addictions.

The objectives are achieved through the establishment of a scheme under which eligible people are referred to programs to eliminate or reduce their drug dependency. By reducing drug dependency, this reduces the drug dependant person from resorting to criminal activity to support their problem. 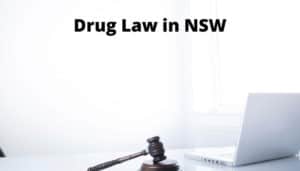 The Youth Drug and Alcohol Court has been in operation since 2000. It functions as part of the Children’s Court. It aims to tackle the problem of drug and alcohol fuelled crime in young people and to stop them from reoffending. By using a holistic case management method including treatment plans and education, the Court strives to halt the problem early to ensure that the youth do not continue offending as adults.

2. Who can be part of the program?

Not everybody is eligible to be part of the program and there are certain criteria, which you must fulfil to be eligible. Firstly, you must be over the age of 18 and be willing to participate. You must also be dependant on a prohibited drug and indicate that you will be pleading guilty to the offence you are being accused of. You must also be likely to be sentenced to full time imprisonment. Furthermore, you must live in one of the included Sydney local government areas and be referred from a Local or District Court in the Sydney area. The particular areas and courts which can refer to this program can be found on the Drug Court website.

In order to be eligible for the Drug Court program, you must not have be charged with a violent offence, sexual offence or offence punishable under Division 2 Part 2 of the Drug Misuse and Trafficking Act 1985. Furthermore, you cannot be suffering from a mental condition, which will stop you from being able to participate in the program.

3. What is the Drug Court program?

The program involves several organisations and stakeholders working together to achieve a common purpose. The court works collaboratively with the Department of Corrective Services, the Director of Public Prosecutions, Police Prosecutors, Legal Aid, Clinical Nurse Consultants, the registrar of the court and the judge of the court. The team works together to design and facilitate the program for eligible participants.

The first stage of the program involves detoxification and assessment in custody. Even if you are granted bail, the Court insists that you enter custody for this stage. Participants in the Program are separated from other inmates. Assessment takes place over a 2 week period and includes general and mental health reviews. A treatment plan is then devised to suit the participants needs. This treatment plan may involve rehabilitation in a centre or may allow the participant to live in court approved accommodation. Once the initial assessment has taken place the offender appears before the Court to plead guilty and received their suspended sentence. The participant must make a personal undertaking to abide by their program in order to be handed a suspended sentence. If the participant is ineligible or unwilling, then their involvement in the program will cease now.

The program works on a basis of rewards and sanctions. If a participant maintains a satisfactory level of compliance with their program, they may be rewarded. Some rewards that are frequently used are special privileges such as working part time, decrease in the frequency of drug testing, and a decrease in supervision. However, if you fail to comply with the program, sanctions may be imposed. Sanctions include the withdrawal of any special privileges, an increase in the frequency of drug testing, an increase in supervision, an increase in counselling sessions and imprisonment in a correctional facility.

If the program is terminated, the court must reconsider the original suspended sentence. In some cases, the sentence will be set aside and another sentence will be handed down. The court can decrease the initial sentence, but they cannot increase it. When coming to their decision, the court will take into consideration the time already spent in custody and whether the participant was rewarded or sanctioned in the program. If the court finds that the participant has successfully completed the program, then a non-custodial sentence will usually be imposed.

In the most recent evaluation conducted by the Bureau of Crime Statistic and Reporting, it was found that when compared to people who were not involved in the program, those involved were:

5. Locations of Drug Court of NSW

At present, there are 3 Drug Courts in NSW. These are located in:

6. Are you being considered for Drug Court?

To find out more about Drug Courts in NSW and if you are eligible, contact George Sten & Co Criminal Lawyers. Our team of highly trained Drug Defence Lawyers Sydney can assist with any enquiries about the Drug Court of NSW. 02 9261 8640